An Evening of Poems and Conversation with Jane Hirshfield
Online Public Talk on Friday Evening February 12, 7 pm
Offered by donation. No registration necessary.
Click here to join the evening on Zoom.

During this one day retreat, Jane will lead the group through several writing experiments, each connected in some way to energies shared by both writing and the practice of Zen: mindfulness, permeability, generosity, and fresh understanding; the energies of communal interconnection and of interior privacies; the invitations that emerge from attending to the open threshold realms where world, word, and the wordless meet. There’ll be chances for the (entirely optional) hearing of some of the newly-written pieces, also some time for conversation and Q&A. (If you have anything you know you'd like Jane to talk about, please send your questions in advance to the MZMC office. This workshop is open to anyone, newcomer or experienced, who would like to explore the intersection of Zen practice and writing.

Click here to listen to Jane reading her poem, My Skeleton.

Jane Hirshfield
Jane Hirshfield, in poems described by The Washington Post as belonging “among the modern masters” and by The New York Times as “passionate and radiant,” addresses the urgent immediacies of our time.
Ranging from the political, ecological, and scientific to the metaphysical, personal, and passionate, Hirshfield praises the radiance of particularity and reckons the consequence of the daily. Her nine poetry books include  Ledger (Knopf, March, 2020), The Beauty, long-listed for the 2015 National Book Award; Given Sugar, Given Salt, a finalist for the 2001 National Book Critics Circle Award; and After, short-listed for England’s T.S. Eliot Award and named a “best book of 2006” by The Washington Post, The San Francisco Chronicle, and England’s Financial Times. Her two collections of essays, Nine Gates: Entering the Mind of Poetry (1997) and Ten Windows: How Great Poems Transform the World (2015), have become classics in their field, as have her four books collecting and co-translating the work of world poets from the past: The Ink Dark Moon: Love Poems by Komachi & Shikibu, Women of the Ancient Japanese Court; Women in Praise of the Sacred: 43 Centuries of Spiritual Poetry by Women; Mirabai: Ecstatic Poems; and The Heart of Haiku, on Matsuo Bashō.

Hirshfield’s other honors include fellowships from the Guggenheim and Rockefeller Foundations, the National Endowment for the Arts, and the Academy of American Poets; Columbia University’s Translation Center Award; The Poetry Center Book Award,  The California Book Award, the Northern California Book Reviewers Award, and the Donald Hall-Jane Kenyon Prize in American Poetry. Her work appears in The New Yorker, The Atlantic, The Times Literary Supplement, The New York Review of Books, Poetry, and ten editions of The Best American Poetry. In 2004, Jane Hirshfield was awarded the 70th Academy Fellowship for distinguished poetic achievement by The Academy of American Poets, an honor formerly held by such poets as Robert Frost, Ezra Pound, William Carlos Williams, and Elizabeth Bishop. In 2012, she was elected a Chancellor of the Academy of American Poets. In 2017, in conjunction with reading to an estimated 50,000 people on the Washington Mall at the first March For Science, she co-founded Poets For Science, housed with the Wick Poetry Center at Kent State University. In 2019, she was elected into the American Academy of Arts and Sciences.

A practitioner of Soto Zen  since 1974, Hirshfield received lay ordination in the lineage of Shunryu Suzuki-Roshi in 1979. She has taught at Stanford University, UC Berkeley, Bennington College, Tassajara Zen Mountain Center, Upaya, Mt. Tremper, and elsewhere. Her poems and essays have been translated into over a dozen languages and her own work and translations have been set by numerous composers, including John Adams and Philip Glass. Her TED-ED animated lesson on metaphor has received over one million views.

“I felt that I’d never make much of a poet if I didn’t know more than I knew at that time about what it means to be a human being,” Hirshfield once said. “I don’t think poetry is based just on poetry; it is based on a thoroughly lived life.” 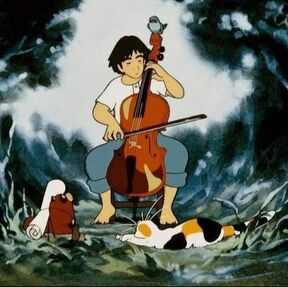 All are welcome!
The MZMC membership committee sponsors a monthly online get together so that we can all have a chance to enjoy each others’ company. On February 5, our social Friday will be our annual winter movie night featuring the film Gauche the Cellist – an anime about a small town cellist inspired in his performance by animals.
Click here for more about the film.
Click here to view the trailer for the film.

We will get together from 7 to 8 p.m. on the following dates:
Friday, February 5, Movie Night – Hosted by Bernie Nelson
Friday, March 5 – Hosted by Lisa Kell
Friday, April 2 – Hosted by Randy Wedin