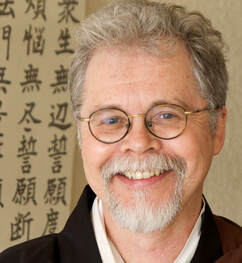 I'll tell you my story. I first discovered Zen Buddhism when I read The Dharma Bums by Jack Kerouac in 1973. I was a bit of blank slate at the time, since I had been raised largely without religion. The principle of no-self resonated with me, as did the practice of quietly sitting. I practiced meditation on my own for a number of years, aided only by books. That continued until 1993, when I walked into the Ann Arbor Buddhist Temple for the first time, during a time of stress. That was on Buddha's birthday, and I had the distinct feeling that day of having arrived at home. That visit was a dividing point in my life, because I had connected with sangha—the Buddhist community—for the first time, and from that point I would never stop connecting. I attended there, studying under Haju Sunim in the Korean Zen tradition, for one year.

Upon moving to Northfield, Minnesota, in 1994, I immediately looked up the Minnesota Zen Meditation Center, and became a member. I did my first weekend retreat at Hokyoji that year, concluding at the end that it was about the hardest and best thing I had ever done. I received zen initiation, and the name Donen (Way of Mindfulness) from Shohaku Okumura at MZMC in 1995. Subsequently I studied with Karen Sunna and Shoken Winecoff. I also began practicing with a small, eclectic group of Buddhists in Northfield, and was one of the founders of the Northfield Buddhist Meditation Center. I began to realize that I loved building sangha.

In 2004, after an absence of a few years from MZMC, I met Tim Burkett, and became his student. I was ordained, and received the name Ananda, from Tim in 2005. After extensive training in the company of an inspiring group of dharma sisters and brothers, I received dharma transmission from Tim in 2012, and I became Co-Guiding Teacher, along with him, in 2019.

I like to think that I bring a wide variety of experiences to MZMC, and that this is somehow useful. I grew up on a farm in the Red River Valley of North Dakota, where we raised grain, soybeans, chickens, and cattle, and I spent long hours playing baseball with my brothers and wandering on Antelope Creek. We moved to a small town in northwest Iowa when I was 15.

After high school, I was a bit restless, and I attended college sporadically. (I would not graduate until 1990, 18 years after I started, and that has given me a basis for saying, hey, it's never too late, for anything, including serious zen practice.) During those 18 years, I worked on grain elevator construction, in a meatpacking plant, in plastics and sheet metal factories, in a hospital kitchen, and as a front desk person in a homeless shelter. I also had brief stints washing dishes and cleaning up after fires. I did a lot of hitchhiking. I spent a lot of time as a political and union activist. I came into contact with all sorts of folks, and I enjoy people in all of their variety.

The birth of my son Dylan, in 1984, led me to settle down suddenly and completely. I finished my undergraduate degree at the University of Nebraska-Omaha, and then obtained a law degree at the University of Michigan in 1992. I worked as an attorney editor for a legal publishing firm for 25 years, while doing my Zen Center work and raising a family. My wife Kathy Guthrie and I live in St. Paul. We very much enjoy our home life, and our large extended family, including our grandchildren. I like creative writing, and am the coauthor, along with Miles Harrison, of Table 13 Journals, which is about a mentorship with a troubled teen.

Although Buddhist practice is not goal-oriented, I have to say, in the interest of completeness and honesty, that Buddhist practice has transformed my life in an incredibly positive way. Probably that's why I'm driven to share this practice with others, and why I love teaching. I feel that I am extraordinarily blessed to be able to do this work, and to be part of the MZMC community. My gratitude to the Buddhas and Ancestors, to Tim, to my fellow priests, and to the entire MZMC community, past and present, is unbounded.

You can schedule a meeting with Ted by contacting the office info@mnzencenter.org
Click here for information about our Senior Teachers, Priests-in-Training, and Lay Teachers.