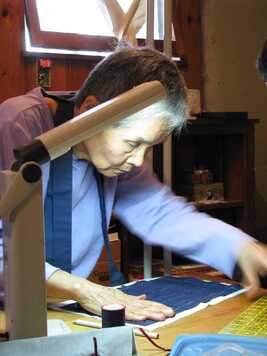 Tomoe Katagiri began teaching the sewing of Zen robes, Nyoho-e, in 1970 at San Francisco Zen Center, having received the true teaching of the practice from Eshun Yoshida. She moved to Minnesota with her husband Dainin Katagiri and two boys in 1972, helped to found Minnesota Zen Meditation Center, and taught sewing at MZMC until her retirement in 2011.

Read more about Tomoe Katagiri and her work in these two articles.

Tomoe’s sewing book is available as a download. It is a very valuable resource, but the instructions are best used with a teacher's guidance. ​